The UBC School of Biomedical Medical Engineering (SBME) and the Djavad Mowafaghian Centre for Brain Health (DMCBH) are excited to announce the recruitment of Dr. Manu Madhav.

As both a Core Member of the DMCBH and a Faculty Member in the SBME, Dr. Madhav will lead and encourage cross-disciplinary collaboration between scientists and research initiatives housed in these two units.

“The addition of Dr. Madhav to our BME community is really exciting,” says SBME Director Dr. Peter Zandstra. “He brings unique and highly sought-after skills and knowledge to the interface between neuroscience and robotics; his work will lead (amongst other things) to a deeper understanding of how our brains guide navigation through complex environments, and his participation in both the DMCBH and the SBME will lead to new opportunities for interdisciplinary collaboration and innovation for students and researchers.”

Dr. Madhav is an engineer and roboticist turned neuroscientist who joins UBC from Johns Hopkins University (JHU) where he earned his graduate degree in Mechanical Engineering and Robotics. He then became an Assistant Research Scientist at JHU under the mentorship of Dr. James Knierim and Dr. Noah Cowan. His research focused on quantifying aspects of spatial navigation in rats by recording place cells and head direction cells, leading to the development of a custom augmented reality system that resulted in the discovery of the recalibration of the hippocampal path integrator by visual landmarks.

“I am tremendously excited to become a faculty member at SBME and DMCBH at the University of British Columbia,” says Dr. Madhav. “It is truly a dream come true to join this unique partnership—an engineering school that values fundamental scientific research, and a Centre that brings together diverse talent to advance our understanding of brain health, disease and disorders. I hope to be able to contribute to the future research and educational directions of both these institutions and UBC.”

In the DMCBH, Dr. Madhav will be at the head of a vigorous research program related to probing interactions between sensory cues, cognitive representations and navigation using the latest advances in augmented reality and closed-loop methods. As a Faculty Member of the SBME, he will help develop new academic programming such as a Systems Neuroscience course. This course will be designed to introduce students to the fundamentals of feedback control theory and how it can be used to model circuits in the brain as well as their interactions with both the body and environment.

“We are really looking forward to having Dr. Madhav join our team in the new year,” says DMCBH Associate Director Dr. Shernaz Bamji. “His research will bring new direction and cutting-edge technologies to our Centre, while simultaneously strengthening ties between the DMCBH and the SBME.”

As an engineer who gradually transitioned to become a biologist and neuroscientist, Dr. Madhav embodies the very ethos of Biomedical Engineering and will be a great role model to current and prospective students in the field. He is a fantastic addition to UBC’s world-class bioengineering research and education ecosystem and will help both the SBME and DMBCH expand on their goals for the future.

The Djavad Mowafaghian Centre for Brain Health is pleased to announce that Dr. Miriam... 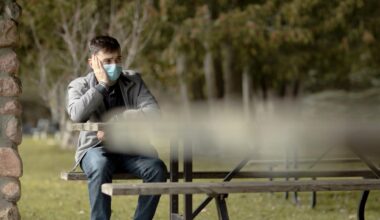 How to beat the winter blues during the pandemic

Check in with yourself and others, and consider making these lifestyle changes. Post-holiday recovery... 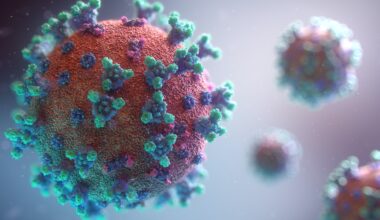 Expert takeaways from the COVID-19 pandemic

We spoke to several DMCBH researchers about the impact the COVID-19 pandemic has had...